the cat his own
He has made 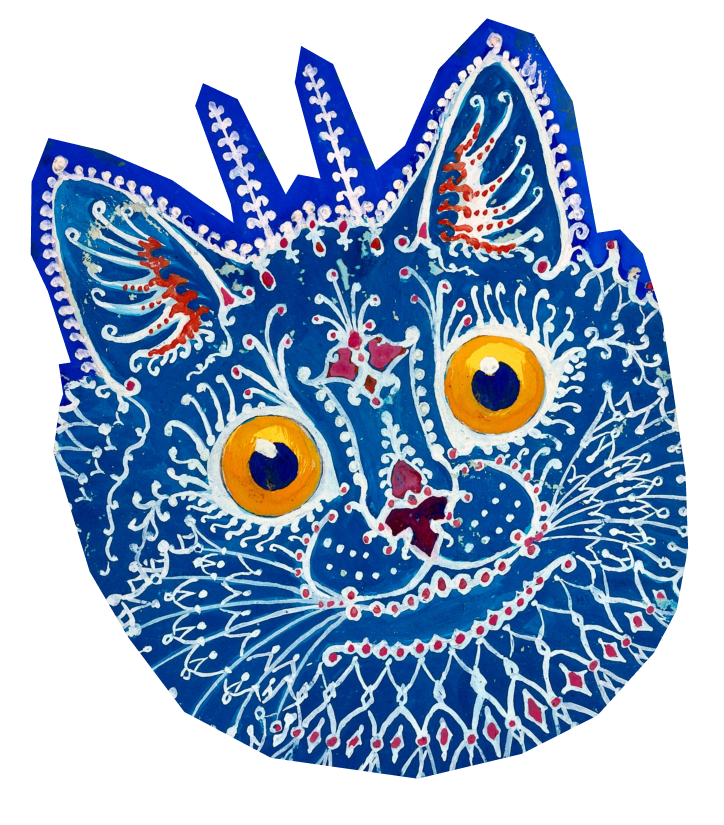 He invented
a cat style, 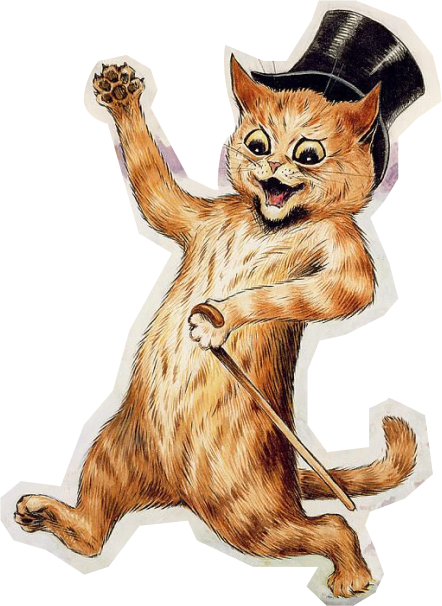 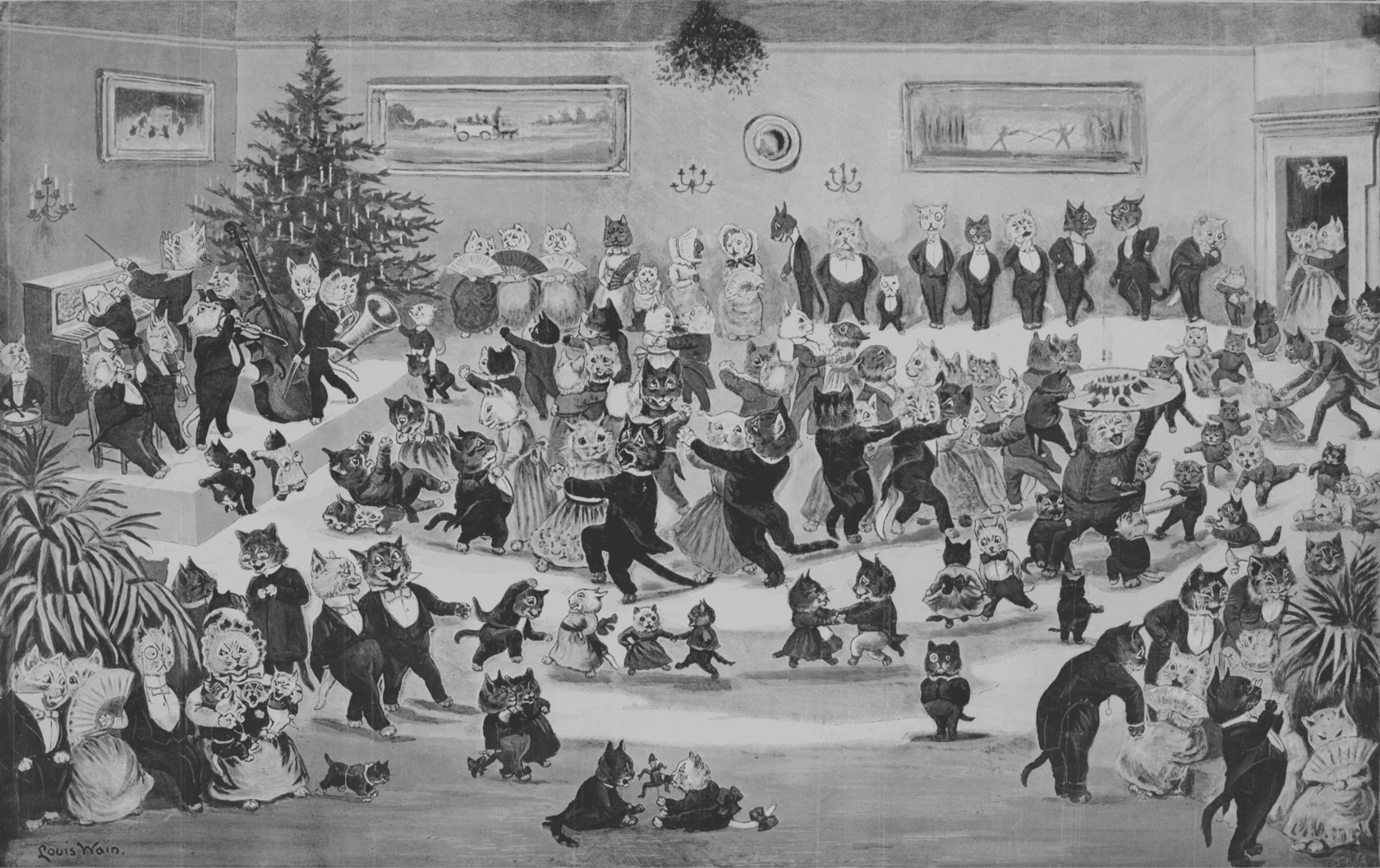 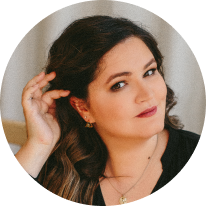 Schizophrenia
30 years of creativity
Kittens celebrate Christmas
Childhood and youth
EN
RU
|
"English cats that do not look and live like Louis Wain cats are ashamed of themselves".
Recognition. H. G. Wells said of Wain.
Louis William Wain
5 sisters
and a harelip
Wain was born on 5 August 1860 in Clerkenwell in London. He was the first of six children and the only male child. None of his five sisters ever married. At 34-years-old his sister Marie was declared insane and admitted to an asylum. The remaining sisters lived with their mother for the duration of their lives.

The boy had a harelip, due to which he did not attend school until he was ten years old. Graduated from the West London School of Art. Becomes breadwinner in his twenties after father’s death.
Married a governess
and had a cat
At 23, Wain married his sisters' governess Emily Richardson, who was 10 years older than him. Shortly after the wedding, the woman developed breast cancer and passed away three years later.

During her illness, the artist’s wife found solace in her beloved cat, Peter, whom the couple had picked up on the street. The young man taught him a few tricks and began making sketches, which his wife offered to publish.
click and meet me

The first drawing of Wain’s anthropomorphic cats was published in the Christmas issue of the Illustrated London News.
﻿
It consisted of 11 parts and was titled "A Kittens’ Christmas Party" It depicted 150 cats holding balloons, sending out invitations, playing games, and making toasts.
Christmas
Kittens celebrate
1886

Wain has worked in this manner for more than 30 years, up to 600 drawings a year
The cats got "human"
facial expressions 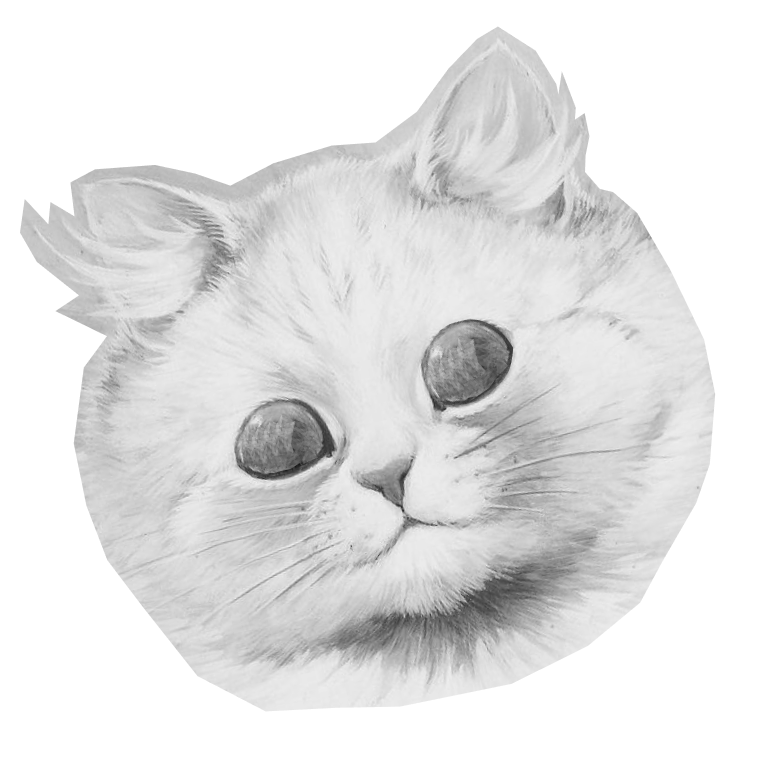 "human" facial
The cats got
expressions
Geisha
Vintage cat
Intelligent
A good read
The Young Coquette
Ginger flower cat
1894
Popularity of the drawings, but the total obscurity of the author
Poker
In 1894 the Royal Mail of England allowed postcards to be printed with one side entirely devoted to the image, and in the early twentieth century postcards with Wayne’s drawings became immensely popular. Wain’s stylized image of the cat greatly influenced popular culture in the first half of the twentieth century, although the artist himself was soon forgotten.

SCHIZOPHRENIA
1924
In 1917 Wain’s schizophrenia worsens (he was diagnosed then), he suffers from delusions of damage and possibly persecution, hallucinations, and spends most of his time alone in his room, where he writes incoherent, rambling texts. 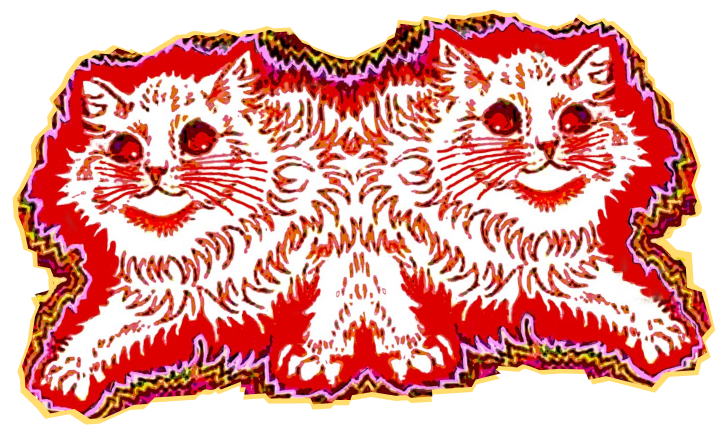 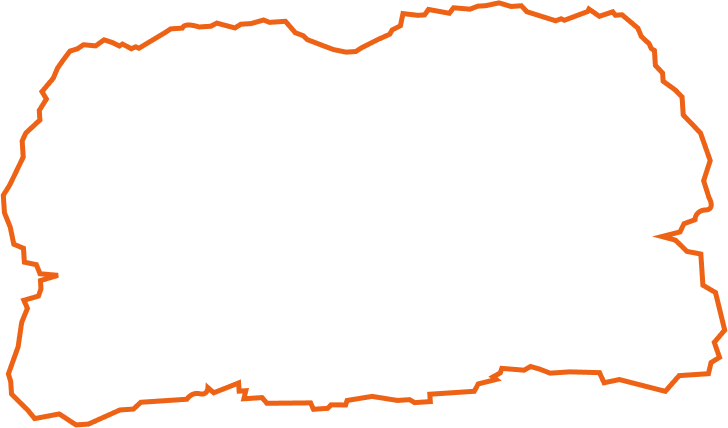 1924
He is admitted to the Springfield Mental Hospital, where the indigent persons were confined. Later, through the intervention of Herbert Wells and the British Prime Minister, he is transferred to Bethlem Royal Hospital.

1930
Transferred to Napsbury Hospital, where the artist remained for the rest of his life. He continued to paint cats, which over time became more and more colorful and patterned. 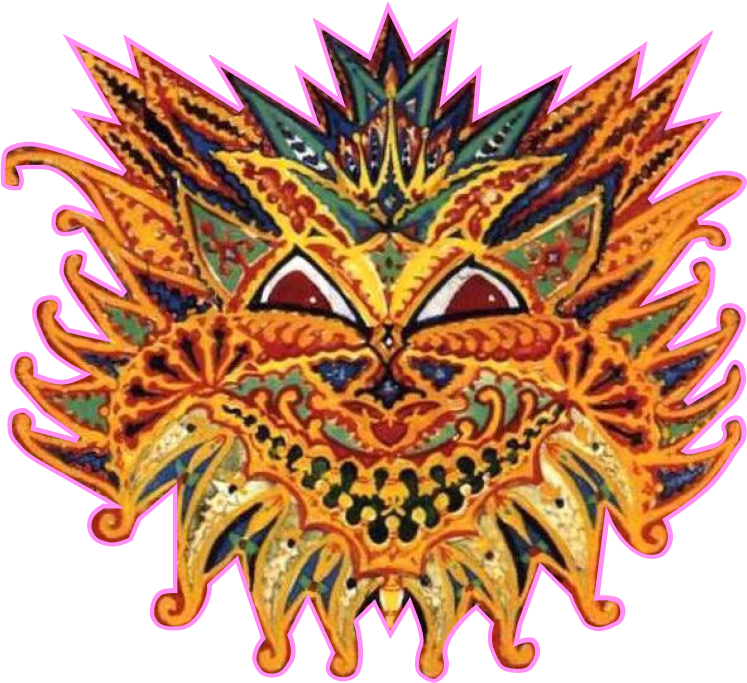 It wasn’t until the '90s that interest in Louis Wain’s work reemerged after it had been completely forgotten. Now his watercolors and drawings can be purchased for a few thousand pounds, some of the works are valued at several tens of thousands of dollars.

On September 2, 2021, the biographical film "The Electrical Life of Louis Wain" was released in world cinemas. Directed by Will Sharp from a script he co-wrote with Simon Stevens. Starring Benedict Cumberbatch, Claire Foy, Andrea Riceborough and Toby Jones.
Interest did not
reappear until the '90s 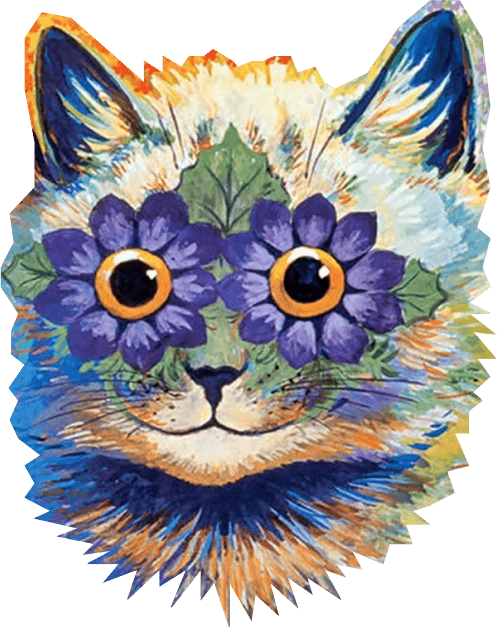 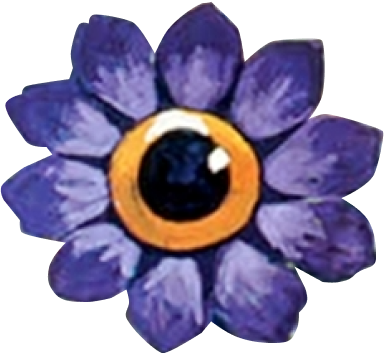 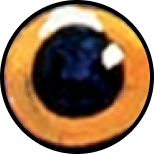 Interest did not reappear until the '90s. 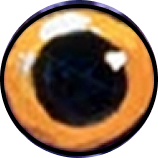 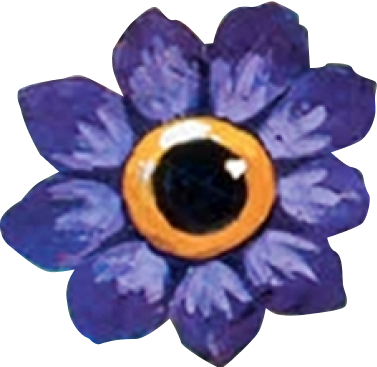 This site is created for educational purposes
from Desiatova Yuliya 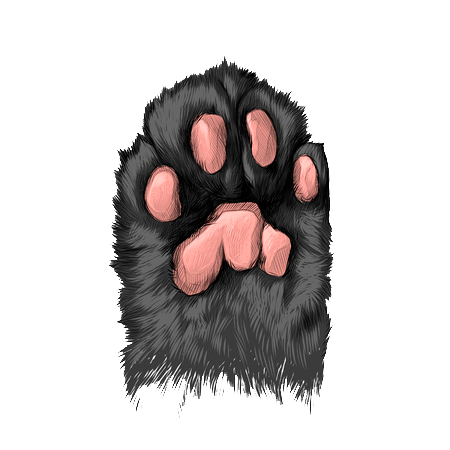